Why did you choose “Common Ground” as the EP name?

Common Ground was a phrase that I had used in conversation during the writing and recording process of the record and immediately after I had said it I knew that it was what I’d been looking for. Transitioning from the other styles of music I’ve written in the past to what I’m creating now took a lot of figuring out what parts of my music and my art I wanted to bring forward and what new sounds and moods I wanted to start developing.

As far as the title track (which we only settled on the name for the week before we cut the record), it only made sense. That song is the only one of the 4 I had began writing as my old moniker, so that one took a literal lot of finding common ground between my old sound and new sound to bring to life. Not to mention the lyrical content, dealing with relationships and emotions in the past and having to work on the give-and-take in any facet of life takes a toll and for me it translated into what I wrote for this project intensely.

Which song on your new EP “Common Ground” would you say means the most to you and why?

They all hold a special place in my heart but it’s hard to really pick out which one means the most. And they’re all so personal too. Never Been Better would probably be it, though. 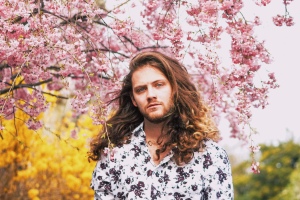 Why did you choose “Never Been Better” to be the first song to be released?

That was the first one I wrote FOR this project and that’s the one that really embodies where I was in my life when my team and I put the project together. It’s the one that people have come to me to tell me that they really connected with and that it put into words things they couldn’t. That’s what makes this worth doing, so that one and what it’s done for me and those who have listened to the record would be the one that has the most meaning for me. And that’s why that one was chosen as the single. That’s what I want people to hear in their head when they think Rosario.

As a new artist who do you hope to tour with one day?

I want to tour with smaller artists, I don’t wanna be the artist that goes on constant superstar lineup tours, I want to utilize my influence to give younger talent a platform because that’s what I now as a fresh artist hope someone will do for me. So as far as bigger artists that I’d want to tour with, I am less concerned with that and more interested in collaborating with them. I’d love to write with some of the bands I grew up listening to, getting to write with like Mayday or Paramore or the 1975 would be so fucking sweet. But there’s plenty of artists like Ed Sheeran or Lorde or some producers like Calvin Harris, too. Drake would be sick to work with, Aminé or Anderson or John Mayer or Khalid. Would love to fuck around and be on my bullshit on a Dicky track, there’s so many people I can’t even begin to go off about who I’d like to work with. I’m trying to be the next Ty Dolla $ign with features and collabs. Speaking of which, I’m a huge Ty fan and I would LOVE to work and tour with him. 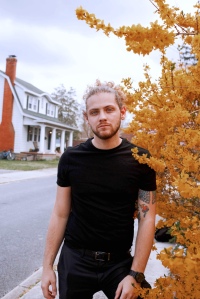 Why should people listen to it? Give me a good advertisement like the way a shoe cleaner kiosk dude or dudette tries selling their product at the mall.

People should listen to Common Ground because its fucking good. Point blank, good music. People are always looking for something new to hear and this is just that, beautiful packaged, on a silver platter ready to be heard. If you are interested in good fucking music, Common Ground will not disappoint. For fans of any genre. For humans. For people with emotions and people who feel. This is the record for you, and it’s the first of many to come.

And last, but not least, why’d you choose the name Rosario?

It’s my dads name and I too am a daddy so it only made sense.